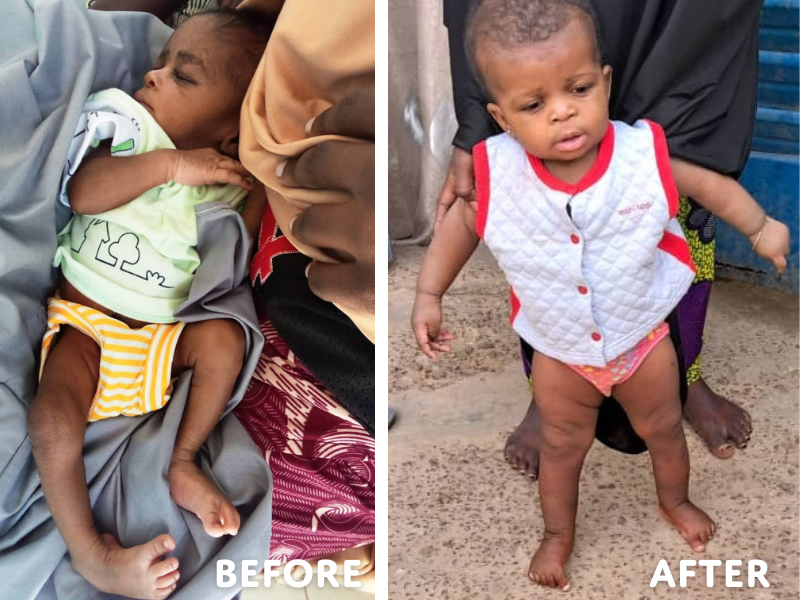 Parents want nothing more than to help their children. Jihane was born with clubfoot and another syndromic problem, which makes her unable to sit up even at seven months old. She is the fourth child of Balkissa and Moussa; however, their firstborn twins died soon after birth. Knowing how fragile life can be, they were very concerned seeing their daughter’s condition.

When they saw their daughter’s feet for the first time, they did not hesitate to ask for help. The father went to the Regional Hospital of Dosso and saw a physiotherapist. There he spoke about his child’s condition when he realized the foot was inward and downward. The physiotherapist sent him directly to the local clinic.

At the start of the treatment, Jihane received her first cast. This was the most challenging time for Balkissa and Moussa because their daughter cried a lot and couldn’t sleep. However, they trusted the process during that difficult time and believed it would heal their daughter. Their continuous faith led to their most significant moment when the final cast was removed, and her feet were completely healed.

“We love our daughter. She is our hope, and we want her alive and healthy. Her healing means a lot to us. We were scared, and now we are happy about the results.” Jihane was born with unilateral clubfoot, meaning only one foot was affected. Here she wears one cast to correct her foot. Jihane wearing a foot abduction brace to maintain the correction